The KEE Board
Home > News > Coady’s Code: ‘Help Your Mate’

Perth born and bred, James Coad, or Coady to everyone who knows him, has been in the asphalt business for 26 years. Coady worked for several well known companies, including Pioneer Road Services, Asphaltec and Downer before setting out on his own. As an entrepreneur, Coady selected a team of eight men and started his own company called West Coast Asphalt, working the area for six years. It was in 2011 when he decided to join KEE Group and he was asked to head their asphalt division.

He first met Damon and Clayton when they were running the trucks for their dad. Coady now works from the KEE Group HQ in Landsdale; “Humour is what takes the edge off of a stressful day. The banter in the office just keeps everyone upbeat, even if we are under pressure. If we’re working on a project we can bounce ideas off each other; it’s good to be surrounded by such an experienced team.”

Of his time working on projects, Coady recalls; ”The first thing you learn on an asphalt site is that when you’ve finished your section of the job, you don’t down tools. You move on to help your mate. It’s a good culture to be in and I have tried to instil this attitude into everyone I have taught or brought on board.”

Keen to pass on his knowledge of the industry, Coady encouraged one of his sons into the business. Mason, 21 (also pictured) began working for KEE four years ago, starting on the wash bays and then moving up into a diesel apprenticeship. He has two other sons, Blake 19, who is a soldier in the army and Chase, nine.

Five years ago Coady found a new passion and started kayaking. He has since competed three times in the 124km Avon Descent. “I spend more time out of the boat that in, but it’s great fun,” he joked, “the last race I competed in I bounced off a rock, got sucked into a rapid and was then spat out like a cork, jetting into the air! There was a huge crowd watching and they all clapped as if it had been intentional!”

Coady and his white-water acrobatics can be seen at this year’s Avon Descent, on Saturday 4th August 2018…

Words and pictures by Katharyn Quinn 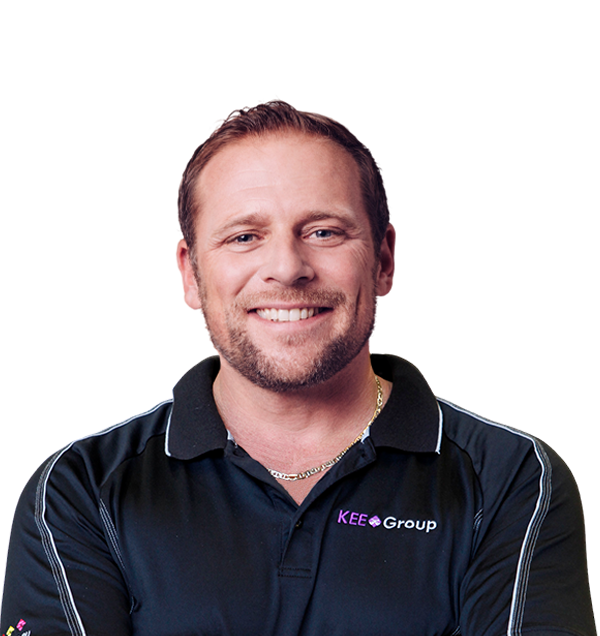