As consumer behaviour changes, so will the industry and establishments to satisfy the needs of the public. One of the most significant changes in Australia today in the commerce industry is the redevelopment of the Karrinyup shopping centre in Karrinyup, Western Australia.

This Karrinyup shopping centre redevelopment is pegged with an estimated investment of AUD800 million. The redeveloped establishment will have a mixture of facilities — from residential to retail, to commercial elements.

Since its redevelopment began in 2018, we’re slowly moving closer to the project’s completion, which is set to be later this year. Thanks to its redevelopment, more than 2,500 individuals were given jobs, and with the help of field service mechanics and machinery hire, the project is set to complete on time.

Karrinyup connects the coast to the city and the outskirts of the city centre. As it was originally built in the early 1970s, it has then expanded over the years, hosting more than 180 stores, such as David Jones, Big W, and Woolworths.

With that, the redevelopment project aimed to double the area of the mall from 59,874m² to 109,000m², including a magnificent 134 high end residential apartment buildings in the area. Because of this addition, it has provided future residences with comfort while staying close to the convenience of the retail market.

Facilities and Amenities That You Can Expect

With the redevelopment in place, you can expect that there will be over 200 new stores in the area, such as hypermarkets, retail outlets, and even designer brand outlets. Not to mention, you’ll be welcomed by a vast range of food and beverage stalls, a large piazza, and beautiful alfresco dining facilities.

These additions will accelerate the growth of the retail sector in the area since it meets the needs of contemporary customers. With the completion of the Karrinyup shopping centre, it will be the perfect hub for lifestyle, entertainment, and leisure, tapping markets of all ages and sectors, making it an all-around fantastic redevelopment project.

Of course, this has been possible with the help of KEE Group, as they provided actionable steps and hires to create a new space for the contemporary consumer.

The Key Players of the Redevelopment Project

KEE Group, has supported the Karrinyup Shopping Centre’s redevelopment project, alongside other companies which have joined the team to create what will soon be one of the best retail and residential areas in Australia.

Multiplex built the new shopping complex, and Hames Sharley and Taylor Robinson Chaney Broderick were the two lead architects of the project. To design the open spaces of the shopping centre, Seedesign Studio were contracted to elevate this area of the space.

Gabriels Hearne Farnell was tapped for the architectural acoustic services, while Steens, Gray & Kelly are the consulting engineers. The Rowe Group provided the activity plan and development application of the project.

From machinery hires to architects down to consulting engineers, every team has played a huge role in the redevelopment of the Karrinyup shopping centre. With all the advancements in place and the additional leisure and living areas, there’s no doubt that the new Karrinyup shopping centre will draw more attention to the ever-changing consumer market.

How Can We Help You?

If you have a new development project or need to redevelop an existing establishment, it’s best to call KEE Group.

KEE Group is Australia’s most effective and unique civil and mining support service, providing hires, surfacing, transport, and fuel services for any development project. Looking for machinery hire in Albany? Get in touch with us today! 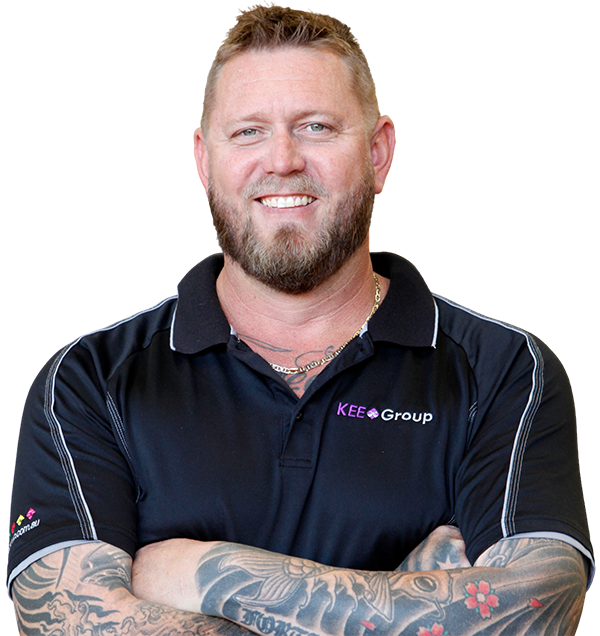